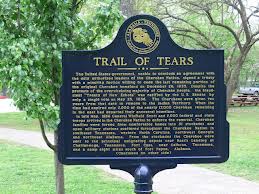 The Renounce U.S. Citizenship blog was started in late October of 2011. This is the archive page. If you scroll down you can see a list of the posts.

My original purpose was to write a book documenting the attack by the U.S. government on its citizens abroad – an attack without precedent in the modern world. The posts on this blog are:

1. An attempt to document the story of the “Obama Witch Hunt” against U.S. citizens abroad.

2. An attempt to demonstrate how the U.S. is using the “taxation of U.S. persons abroad” to inflict damage on the economies of other countries.

3. To provide commentary on the U.S, attempt to in inflict FATCA on the world.

4. To explain how this “one time” U.S. Patriot made the decision to protect himself and his family be renouncing U.S. citizenship. It is no longer possible to live as a U.S. citizen outside the United States. If you doubt that statement now, you won’t doubt it if you spend some on this blog.

5. To portray the emotions – the fear, terror, frustration and anger of U.S. citizens abroad who are reeling from a government that has turned on them.

6. To recognize how immigrant Green Card Holders, resident in the U.S. have been subjected to FBAR terrorism (for the crime of keeping bank accounts in their home country).

7. To explain why for those born in the U.S. who moved outside the U.S.: Their wound is geography.

8. To provide an historical account of  the cruelty that the Obama administration is, with deliberation, inflicting on U.S. citizens abroad.

Post Archive from most recent to oldest. The posts that have no titles but only numbers are “reblogs” from other wordpress.com blogs. I acknowledge the great work of those whose work I have “reblogged”.

This site uses Akismet to reduce spam. Learn how your comment data is processed.