What follows is the full text of the Facebook post referenced in the above link. Really now, it’s time to understand that taxation is NOT the price you pay for Government services (or certainly not civilization). It’s something you are required to pay to support the Homeland. Homelanders abroad, Accidental Americans and other dual citizens, academics, and those opposing FATCA, FBAR, PFIC, CBT and other forms of U.S. extra-territorial harassment should really be asking:

What follows is one of the most moving comments I have ever read.

END_OF_DOCUMENT_TOKEN_TO_BE_REPLACED

#americansabroad in Canada: The sale of your principal residence is a US taxable capital gain http://t.co/SQaSzY0Rgg

If you sell a #PFIC (mutual fund) you have held for many years, you can"basically say goodbye to that investment" http://t.co/mu5k07xAv2

For those who do not want to read this post. Here is the bottom line:

If you are a tax compliant U.S. citizen abroad, with a net worth of less than two million U.S. dollars, with investments (including mutual funds, pensions, and a principal residence in your country of residence), you should renounce your U.S. citizenship at the earliest possible moment. To the extent that your investments are in non-U.S. mutual funds, other kinds of PFICs or your principal residence, the U.S will confiscate large amounts of the proceeds of sale. (And you thought you were solving your problems be being tax compliant.)

Many Canadians are using their principal residence as their retirement plan. Their plan is to sell, downsize and live of the balance of the proceeds. This is NOT possible if you are a tax compliant U.S. citizen! You must NOT be a U.S. citizen at the time the investments are sold.

For those who want to understand why, read on …

END_OF_DOCUMENT_TOKEN_TO_BE_REPLACED

Unfairness to the general public:

There are those who believe that Mitt Romney has a number of “carried interests’ and takes advantage of the unfairness because:

US tax code very unfair – 1 of 2 – Allow for #carriedinterests to be taxed as capital gains when they are really income http://t.co/ABLPABFO

On the other hand, if  you are a poor U.S. citizen abroad you will be destroyed by the unfairness of your non-U.S. mutual fund being subject to the PFIC provisions because:

US tax code is very unfair – 2 of 2 – taxes sale of a non-U.S. mutual fund as income, when it is really capital gain http://t.co/HYgk2Ouu

I guess the U.S. tax code is simply unfair!

But, why is it unfair? What is going on here? In March of 2012, Fareed Zakaria, did an interesting analysis on CNN called:

We’re going to hear a lot of polarized rhetoric over the next few months. The Republicans and Democrats will seem to disagree about everything. But there is one huge and important area where there is a possibility – a possibility – of bipartisan action and that’s tax reform.

Most Americans – Republicans and Democrats – dislike the tax code. They’re right to do so. America has what is arguably the world’s most complex tax code. The federal code plus IRS rulings is now 70,000 pages long. The code itself is 16,000 pages. The statist French, for example, have a tax code of only 1,909 pages – only 12% as long as ours. And then there are countries like Russia, the Czech Republic, Estonia that have innovated and moved to a flat tax, with considerable success.

You have to understand, complexity equals corruption.

When John McCain was still a raging reformer, he used to point out that the tax code was the foundation for the corruption of American politics. Special interests pay politicians vast amounts of cash for their campaigns and in return they get favorable exemptions, credits or loopholes in the tax code.

In other countries this sort of bribery takes place underneath bridges and with cash in brown envelopes. In America it is institutionalized and legal but it is the same thing: Cash to politicians in return for favorable treatment from the government.

The U.S. tax system is not simply corrupt, it is corrupt in a deceptive manner that has degraded the entire system of American government. Congress is able to funnel vast sums of money in perpetuity to its favored funders through the tax code without anyone realizing it.

The examples given in this post are examples of extreme unfairness. How an it be that an “carried interest”, taxed as a capital gain? How an it be that investing in a Franklin Templeton mutual fund in Canada is taxed in such a punative way when to invest in the same fund in the U.S is not?

I suspect that the perverse tax treatement – the “PFICization” of foreign mutual funds is the result of lobbying from the U.S. mutual fund industry (and to apply this to U.S. citizens living outside the U.S. is absurd). What about the “carried interest” issue? Could lobbying be a factor here?

In the mean time, I highly recommend Fareed  Zakaria’s commentary on the U.S. tax code.

I say with every ounce of facetiousness I can muster up: Every government of the world should stop letting Americans come to reside in their country. Eventually the ones that have slipped in before the draw bridge was raised will die off, leaving each country sanitized of these toxic elements. No more punishment for leaving the homeland, no more drain on anyone’s resources trying to hunt us down. Citizenship based taxation, the sacred cow of stupidity.

The author is correct. U.S. citizens should be banned from immigrating to any other country. U.S. citizens are a threat to the fiscal stability and sovereignty of any country. There are a number of reasons: including the inability of U.S. citizens to participate in normal financial planning and other vehicles of self reliance. I intend to do a series of posts exploring this theme. Today (as we get to the June 15 tax filing deadline) I offer you the “PFIC Edition”. END_OF_DOCUMENT_TOKEN_TO_BE_REPLACED

Yesterday I wrote a post describing why FBAR and FATCA will make U.S. born children unadoptable. After all, they carry with them U.S. tax filing and reporting obligations. The general toxicity of U.S. citizenship is such that non-U.S. citizens will NOT wish to risk financial involvement with U.S. citizens. Here is another example.

END_OF_DOCUMENT_TOKEN_TO_BE_REPLACED

Subject to the "unknown unknowns"

Thanks to Barrie McKenna of the Globe and Mail for this article and to his support on this important issue during this most difficult time for U.S. citizens residing in Canada and the rest of the world. Thanks also to Finance Minister Flaherty and the MPs who have supported Canada/U.S. dual citizens during this time.

On December 7, 2011 the IRS posted a Fact Sheet providing information about this issue. I have written some commentary about the Fact Sheet here.

I recently predicted that the IRS treatment of U.S. expats would become a diplomatic issue for the U.S. The December 2011 announcement by Ambassador Jacobson, concerning the IRS and U.S. expats,  suggests that this is true. END_OF_DOCUMENT_TOKEN_TO_BE_REPLACED 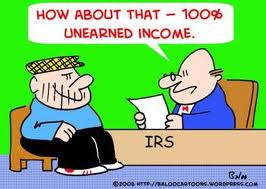 The situation is indeed dismal. I don’t understand everything in the following article,  but I can see that this is going to:

1. Add more bureaucracy and cost to filing your U.S. tax return – it is not clear how this is intended to impact expats (if they are considered at all);

2. Clearly interfere with your ability to invest and plan for retirement. The U.S. has become a nation of forms and bureaucracy.

The U.S. government is aliready taxing unearned and undistributed gains when it comes to PFICs (and perhaps more). Stop for a moment and think what this means. The idea behind income taxation is that a certain percentage of what you receive as INCOME is to go to the government as your contribution toward running the government. In its most simple terms, this means that (imagine a tax rate of 20%) that if you receive $100 then $20 goes to the government. The taxpayer does not receive all of that he was paid. When it comes to taxing “unearned income”, one needs to ask the following question: END_OF_DOCUMENT_TOKEN_TO_BE_REPLACED

You need to find one!

“What are the tax consequences of renouncing U.S. citizenship?”

The following is an excerpt from a comment on the Americans Driven To Divorce article on the Globe and Mail site:

“And for the correction: the definition of “wealthy” is based upon total assets and having paid and average of $150,000 of tax over the past 5 years ( not annual income ). Since most do not trigger that threshhold, the entire process is really not that burdensome at all.”

Do you see any mistake(s) in this? I believe that there are (is). END_OF_DOCUMENT_TOKEN_TO_BE_REPLACED