Good article on Canadian #FATCA lawsuit..how would Sun Tzu pursue the suit? would he? http://t.co/KfIDU8BS5t

This week the National Post published an article about the possible effects (suggesting it could be damaging to Canadians) of the ADCS-ADSC.ca FATCA lawsuit. The article is a report on an interview that the author had with Calgary based U.S. tax laywer Roy Berg.

The above tweet references an article, published by Moody’s in which there is a suggestion that by participating in this lawsuit, that the plaintiffs would incur further tax liability to the IRS. The article states:

As an aside, we acknowledge that the two Canadian plaintiffs are exposing themselves to tremendous tax and other legal risks. Sticking to what we know, the plaintiffs seem to have admitted that they willfully did not file FBARs and US tax returns, both of which are criminal acts. In addition, there might be US tax exposure to them personally because a Canadian non-profit organization is raising funds and paying their legal fees to fund the litigation. Even the most casual observer has to applaud the bravery of the plaintiffs and the not-so-subtle parallel to original signatories to the Declaration of Independence.

Since this “aside” is irrelevant to the issue, we can assume that this is an attempt by Moody’s to somehow intimidate the plaintiffs. (Or at least that’s how I view it.). The simple reality is that the compliance industry is the sole beneficiary of FATCA.

But, that “aside” aside,  the article generated a number of interesting comments. I suggest that the following stream of comments do a good job of framing the issues in the context of a broader FATCA debate.

END_OF_DOCUMENT_TOKEN_TO_BE_REPLACED

Consider the ubiquitous, soul-crushing influence that tax considerations have upon every aspect of American life. http://t.co/ELb6zUnBrx

END_OF_DOCUMENT_TOKEN_TO_BE_REPLACED

#Americansabroad asking the question: To get a CLN or not, whether tis better … http://t.co/vGllsPy1C1 – Tough question. It's a #FATCA

The above tweet references the following comment at the Isaac Brock Society. It explains why (if the U.S. is really serious about encouraging Americans abroad to enter the U.S. tax system, it will have to offer a serious amnesty program. This commenter is brutally honest and explains the reality of the situation very well. (Note I have added various links to the comment.)

END_OF_DOCUMENT_TOKEN_TO_BE_REPLACED

FINAL FATCA FACT: With Americans abroad facing signs that read “NO AMERICAN CUSTOMERS PLEASE!” on an increasing basis, practitioners who care about this issue will continue to fight for tax justice for Americans abroad on whatever front is necessary and available. Sadly, we are seeing nothing whatsoever from the IRS that they “get it” and plan to issue even the simplest directives which show that they have no intention of surrounding Canadian nursing homes with armed special agents or more importantly that the Streamlined Program will be expanded so that it actually applies to someone, or that front line OVDP troops are permitted to actually exercise some discretion in excluding certain assets from the confiscatory FBAR penalty base.

What is clear is that FATCA has already spawned multiple years of litigation between innocent taxpayers and the IRS which will start to reach the courts in a year or two.  It is not easy to pick a fight with the federal government, but given the seemingly chaotic roll of events during the last four years since FATCA was enacted, those of us who are ready to roll up our sleeves are all saying “bring it on!”

I am sure that all Americans abroad would agree with Mr. Mopsick on this. Thanks to Mr. Mopsick for taking a clear position on this! 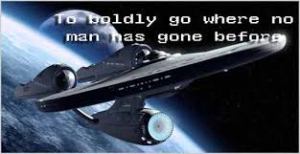 In January of 2013 I began a series of posts to explore the rationale (if there is one) for  “citizenship-based taxation”. I simply cannot understand how the United States of America, a country that once was a leader in human rights, can treat it’s citizens (not to mention Green Card holders) so badly. I assume that Congress has simply not YET considered this issue.

This series of posts (including the Prologue are):

Cook v. Tait Prologue: Citizenship renunciations soaring under Obama – Renunciation as an Act of Self Defense

Cook v. Tait 4: Taxation of #Americansabroad based on US culture 150 years ago! Time warp or what!

Cook v. Tait 6: Taxation of Green Card holders who reside outside the U.S.

Cook v. Tait 7: Equality: Law prohibits both rich and poor from sleeping on the park bench

Cook v. Tait 9:  US may have to stop citizenship-based taxation to get #FATCA IGAs

Cook v. Tait 11: Who should #Americansabroad be compared to for tax purposes? Even U.S. citizens are entitle to “equal protection” under the 14th amendment

Cook v. Taint 13: The U.S. can no longer be permitted to levy taxes on the residents of other countries in general and border babies in particular

Cook v. Tait 14 – Boldly Go where no taxing authority has gone before

Cook v. Tait 16 (Reblog of Tax-Expatriation.com post) – Supreme Court’s Decision in Cook vs. Tait and Notification Requirement of Section 7701(a)(50)

END_OF_DOCUMENT_TOKEN_TO_BE_REPLACED

Vern Krishna: US steps up tax enforcement beyond its borders on Cdn citizens resident in Canada! http://t.co/Km8CcMRLKV A strange #FATCA

Strange but true. Vern Krishna begins his article in the National Post with the following sentence:

As of July 1, the United States will tighten the tax noose around the necks of Canadian citizens living in Canada and anyone else whom it considers to be “U.S. persons” for tax purposes.

1. Canadian citizens are “U.S. persons”; and

2. There are “U.S. persons” who are NOT Canadian citizens.

Finally, a lawyer and legal academic who has  got it right (only kidding). You can read the complete article here. Mr. Krishna acknowledges that FATCA is quite “intrusive” for dual citizens by accident.

This article is interesting because an analysis by Mr. Krishna (he is/was a legal academic) is about the best one can hope for. That said, if he were my student, I would give him a grade of C for this article.

#FATCA rising in Canadian Media. The Cat is out of the FAT Stealth Bag thanks to help from @taxpolblog http://t.co/S7qz5J2X5J

Q & A: How will the new U.S. tax law affect Canadians? http://t.co/siwE1dsnpJ via @CTVNews Another good @taxpolblog interview!

I was not aware of this. Some of you may not be aware of it either. But a relatively new (about 5 years) provision of the Ontario Human Rights Code – S. 46 to be exact – makes citizenship based discrimination costly.

To be specific, a bank that discriminates against people based on citizenship or national origin could be forced to pay some damages. I became aware of this in a recent decision in the context of labour law.