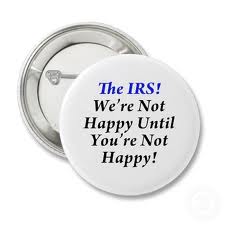 “U.S. citizenship-based taxation is unique in the world and recent related actions undertaken by  the IRS and Congress are literally destroying the community of Americans residing overseas and will consequently do irreparable damage to U.S. competitiveness in world markets.”

The FATCA controversy, which is part of the destruction of Americans residing outside the U.S., has hit the U.S. domestic media. It’s about time. On December 26, 2011 the following article “Law To Find Tax Evader Denounced” appeared in the New York Times.

The article is an excellent exposition of how the Obama government is trying to force “foreign” banks into becoming spies for the IRS.  The East German “Stazi” will be resurected. The article describes the purpose of FATCA as follows:

“The law is meant to ensure Americans cannot use hidden trusts overseas to evade taxes, a goal that is widely applauded. But critics say that it amounts to gross legislative overreach, and that the $8 billion the Treasury expects to reap in taxes owed over 10 years pales next to the costs it will impose on foreign institutions. Those entities are being asked, in effect, to pay for the cost of tracking down American tax evaders.

The law demands that virtually every financial firm outside the United States and any foreign company in which Americans are beneficial owners must register with the Internal Revenue Service, check existing accounts in search of Americans and annually declare their compliance.”

The primary effect of FATCA is on two groups. The first is the “foreign” financial institutions who are being asked to incur the huge compliance costs of FATCA. As a result,  number of European banks will no longer accept U.S. customers. Furthermore, the Canadian Bankers Association has suggested that Canadian banks may close the accounts of U.S. Canada dual citizens. The vast majority of U.S. citizens with foreign bank accounts are law abiding people who just happen to live outside the United States. The New York Times article comments that:

“But beginning in 2012, many American expatriates — already the only developed-nation citizens subject to double taxation from their home government — must furnish the I.R.S. with detailed personal information on their overseas assets.

American Citizens Abroad, an advocacy group, estimates the new form will add three hours to tax preparation. Considering that the law provides harsh penalties for even unintentional errors, the organization says it is “simply not realistic for a vast swath of the normally law-abiding filer community unable to afford the expensive services of a professional tax adviser.

“The Fatca legislation treats all Americans with overseas bank accounts as criminals, even though most of them are honest, hard-working individuals who happen to be living and working or retired abroad,” said Jacqueline Bugnion, a director of American Citizens Abroad.

Even with the new requirement, American expatriates must continue reporting their foreign financial assets to the Treasury Department, meaning they will be reporting twice, to different arms of the government, according to different standards.”

American Citizens Abroad continues to fight relentlessly against FACTA. The following ACA radio interviews about FATCA are well worth your time.

The combination of FATCA, FBAR and citizenship based taxation (only the United States and Eritrea tax their citizens if they live outside the country), have made life for U.S. expats very difficult. Compliance with U.S. tax and reporting requirements is difficult and expensive and carries huge penalties for mistakes. As a result, it is likely that many U.S. citizens living outside the United States will find it difficult to find tax preparers.

Most of these problems would be solved if the U.S. stopped taxing citizens who live outside the United States. No other country (Eritrea excepted) taxes its citizens who live outside the country. The time has come to look very carefully to see if citizenship based taxation makes sense. There are apparently approximately five million U.S. citizens living outside the United States. Approximately one million live in Canada which is a high tax jurisdiction. The result of the Canada U.S. tax treaty is that few U.S. citizens in Canada actually pay significant taxes to the U.S. Yet, the filing and reporting costs are enormous. Make no mistake the compliance cost of expat tax returns is also borne by the U.S. treasury as well as American Citizens living abroad.

“Citizenship-based taxation brings in insignificant revenue to the United States, a small fraction of one percent, yet the cost to the IRS of administering it is disproportionately high. The ill-will and damage created in the community of Americans overseas is enormous. Increasing numbers are forced to renounce their citizenship, because of unfair, discriminatory U.S. tax policy, and because FATCA legislation makes it impossible to survive  overseas. This is absurd.”

Furthermore, there is evidence that FATCA, FBAR and the taxation of dual citizens is starting to create diplomatic problems for the United States. The long term viability of U.S. leadership (and possibly survival) depends on the U.S. learning to “get along” better with other countries.  The best thing the U.S. could do for its internal security would be to make friends and not enemies. The best investment in U.S. defense might be to repeal FATCA. In the long run, other countries do NOT need to use the U.S. financial system. Why create incentives for other countries to take their business elsewhere?

The United States of America is a very unusual place.

It is the only country of significance that requires its citizens living outside the United States to file U.S. taxes.

It is the only country of significance that does not have an adequate public heath program for its residents.

Perhaps, the U.S could learn something from the rest of the world.

How about this: the United States should abolish citizenship based taxation and create a public health system!

This site uses Akismet to reduce spam. Learn how your comment data is processed.